From ProofWiki
< Definition:Cartesian 3-Space
Jump to navigation Jump to search 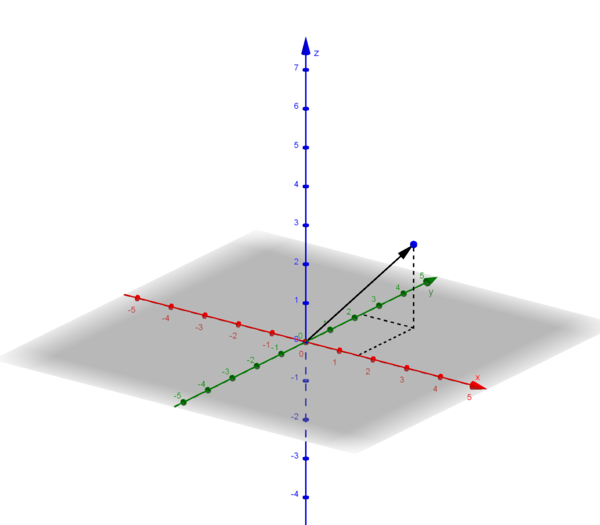 A general point in Cartesian $3$-Space

Every point in ordinary $3$-space can be identified uniquely by means of an ordered triple of real coordinates $\tuple {x, y, z}$, as follows:

Construct a Cartesian plane, with origin $O$ and axes identified as the $x$-axis and $y$-axis.

Construct an infinite straight line through $O$ perpendicular to both the $x$-axis and the$y$-axis and call it the $z$-axis.

Identify the $z$-axis with the real number line such that:

The orientation of the $z$-axis is determined by the position of $P''$ relative to $O$.

It is conventional to use the right-handed orientation, by which we locate $P''$ as follows:

Let the $x$-$y$ plane be identified with the plane of the page or screen.

The orientation of the $z$-axis is then:

The point $Q$ is then uniquely identified by the ordered pair $\tuple {x, y, z}$.