Let $\openint a b$ be an open real interval.

where $\R_{>0}$ denotes the set of strictly positive real numbers. 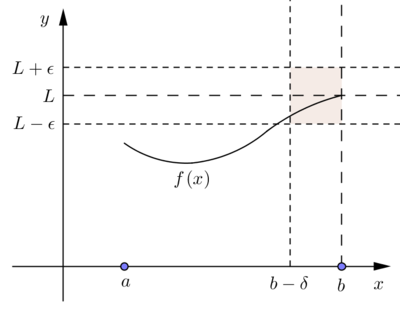 a limit from the left.

A limit from the left is also seen referred to as a left-hand-limit.

Some sources prefer to use a more direct terminology and refer to a limit from below. However, this may be confusing if the function $\map f x$ is decreasing.

Other notations that may be encountered: