Let $C$ be the small circle through $J$ parallel to the plane containing the equator.

Then $C$ is known as the parallel of latitude of $J$.

Thus $C$ consists of all the points on Earth's surface which have the same latitude as $J$. 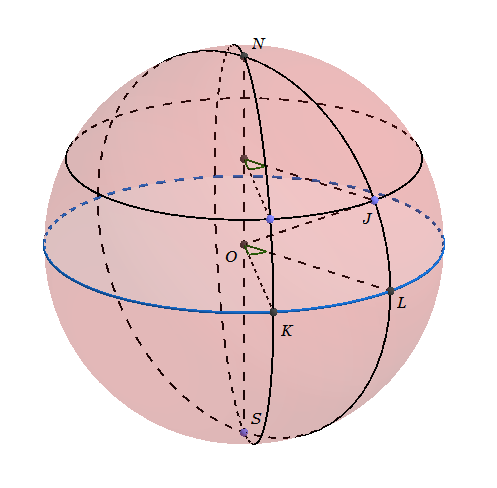 The parallels of latitude are usually referred to just as parallels, and the context will make it clear what is meant.