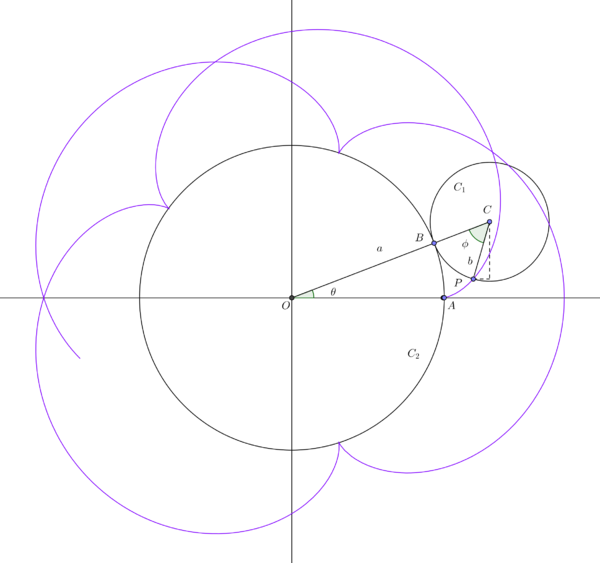 The circle $C_2$ can be referred to as the stator of the epicycloid.

The term stator as used in this context appears to be non-standard.

The term has been taken by $\mathsf{Pr} \infty \mathsf{fWiki}$ from the children's toy Spirograph, which itself was taken from the term stator as applied to the static part of a a rotary machine.