The symmetric difference of $S$ and $T$ is the set which consists of all the elements which are contained in either $S$ or $T$ but not both:

where $\oplus$ denotes the exclusive or connective. 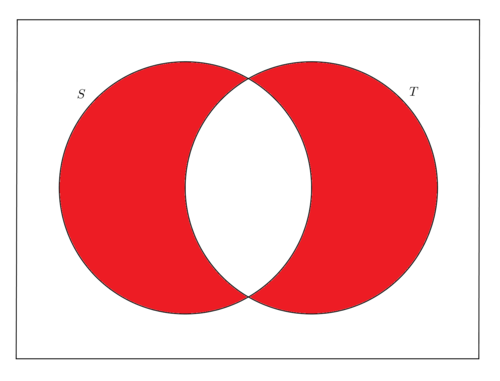