Let the graph of $f$ be depicted on a Cartesian plane. 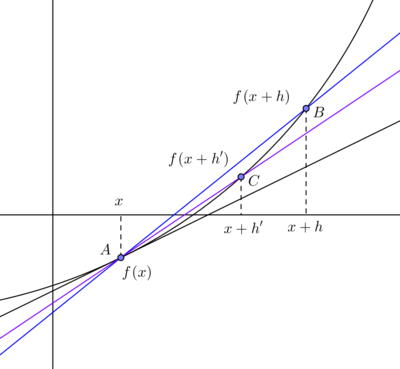 By taking $h$ smaller and smaller, the secant approaches more and more closely the tangent to $G$ at $A$.

Hence the tangent to $f$ is a straight line which intersects the graph of $f$ locally at a single point. 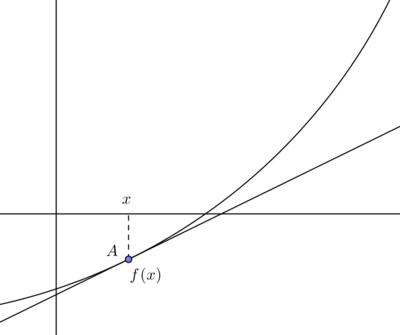 In the above diagram, the tangent is the straight line passing through $A$.

A straight line is said to touch a circle which, meeting the circle and being produced, does not cut the circle. 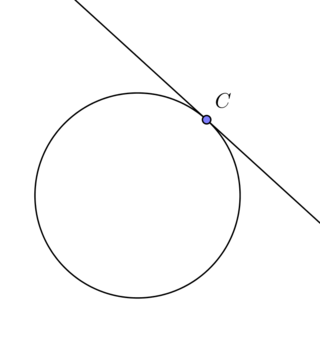 In the above diagram, the line is tangent to the circle at the point $C$.

The definition of the tangent to a curve as the limit of a sequence of secants was made by Pierre de Fermat.

It first appeared in his Introduction to Plane and Solid Loci, but the idea most probably dates from considerably earlier.

This definition anticipates the invention of differential calculus.

In fact, Isaac Newton, in a letter that was discovered as late as $1934$, specifically states that it was the work of Fermat which inspired his own ideas about calculus.