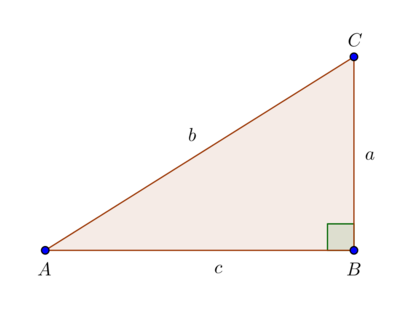 In a right-angled triangle, for a given non-right angled vertex, the opposite side is referred to as the opposite.

In the above figure:

Some older sources, particularly in the context of schoolbooks, refer to the opposite as the perpendicular.

This arises from the habit of orienting the triangle (as is common in such sources) so that its adjacent is a horizontal line, at the bottom of the figure (as above).

However, confusion can arise when the triangle is positioned differently, and the angle in question is not at the bottom.