Equivalence of Definitions of Ellipse

The following definitions of an ellipse are equivalent: 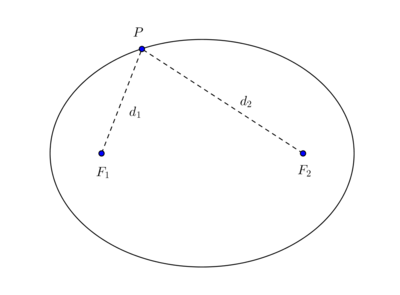 Let $K$ be the locus of points $P$ which are subject to the condition:

This property is known as the equidistance property. 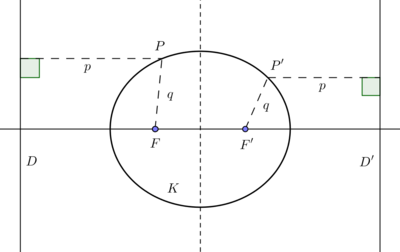 Let $K$ be an ellipse aligned in a cartesian plane in reduced form.

From Equation of Ellipse in Reduced Form, the equation of $K$ is:

This has been derived from the equidistance property of $K$.

and so $K$ can be expressed as:

It remains to be shown that $K$ possesses the focus-directrix property. 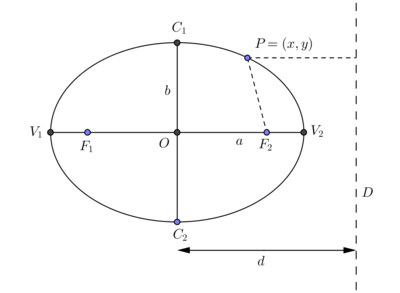