Equivalence of Definitions of Tangent of Angle

The following definitions of the concept of Tangent of $\theta$ are equivalent:

The tangent of $\angle \theta$ is defined as being $\dfrac{\text{Opposite}} {\text{Adjacent}}$. 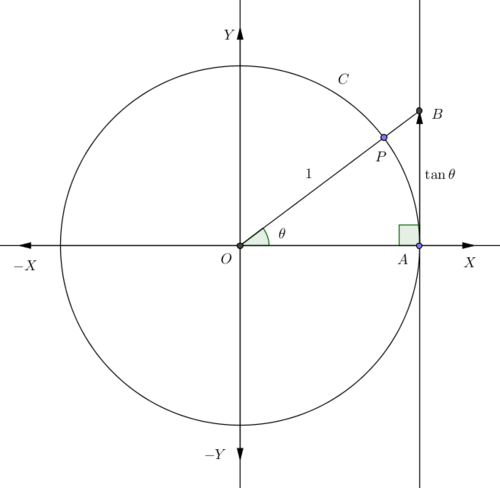 Then the tangent of $\theta$ is defined as the length of $AB$.

Let $\tan \theta$ be defined as the length of $AB$ in the triangle $\triangle OAB$.