Kepler's Explanation for Spacing of Planets 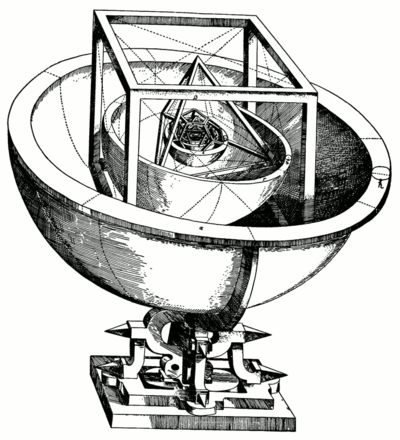 In the 16th century there were $6$ known planets.

It was also known that there were Five Platonic Solids.

Johannes Kepler reasoned that it was possible to fit the orbits of the planets around the sun into spheres such that:

Johannes Kepler's conjecture on the spacing of the planets was made in his $1596$ work Mysterium Cosmographicum.

His model, however ingenious, did not agree well with observations, particularly in light of subsequent, more accurate, observational data.

However, it made his reputation as an imaginative thinker and keen astronomer, and importantly this was one of the first theses based on a heliocentric universe.

He brought him to the attention of the scientific community, including Galileo Galilei, and soon he was offered a position working for Tycho Brahe.