For any triangle $\triangle ABC$:

Construct the altitude from $B$. 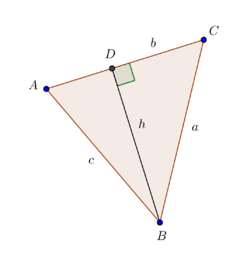 From the definition of sine:

Similarly, constructing the altitude from $A$ gives: 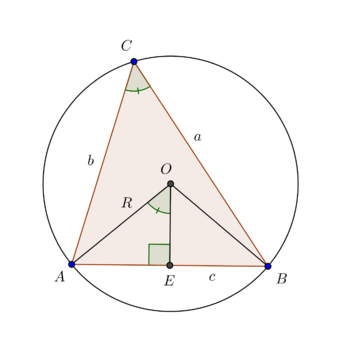 By the Inscribed Angle Theorem:

From the definition of the circumcenter:

From the definition of altitude and the fact that all right angles are congruent:

and then from Triangle Side-Side-Side Equality:

Then by the definition of sine:

The same argument holds for all three angles in the triangle, and so:

Some sources do not include the relation with the circumradius, but instead merely present:

This result is also known as the sine law, sine rule or rule of sines.

The Law of Sines was documented by Nasir al-Din al-Tusi in his work On the Sector Figure, part of his five-volume Kitāb al-Shakl al-Qattā (Book on the Complete Quadrilateral).