Let $\triangle ABC$ be a right triangle with $c$ as the hypotenuse.

Consider the triangle shown below. 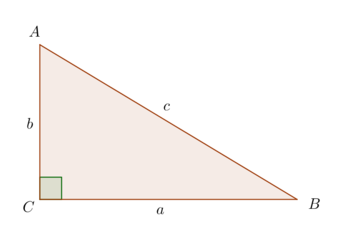 We can take $4$ copies of this triangle and form them into a square using isometries, specifically rotations and translations.

This new figure is shown below. 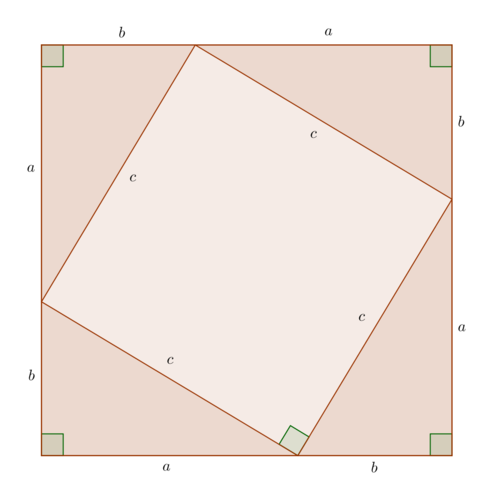 This figure is clearly a square, since all the angles are right angles, and the lines connecting the corners are easily seen to be straight.

Now to calculate the area of this figure.

On the one hand, we can add up the area of the component parts of the square.

Specifically, we can add up the $4$ triangles and the inner square.

Thus we calculate the area of the large square to be:

On the other hand, we can similarly calculate the area of the large square to be:

Now these two expressions have to be equal, since they both represent the area of the square. 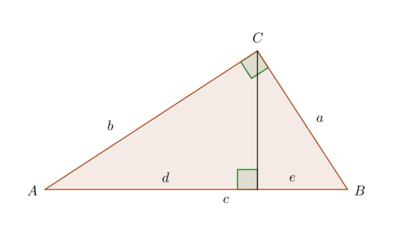 using the fact that all the triangles involved are similar.

Adding, we now get: 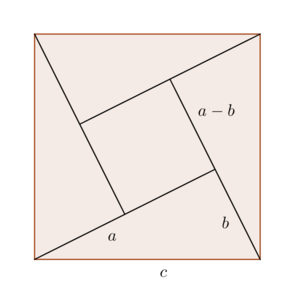 Dissect the square on the left (which has area $c^2$) as shown.

Rearrange the pieces to make the two squares on the right, with areas $a^2$ and $b^2$. 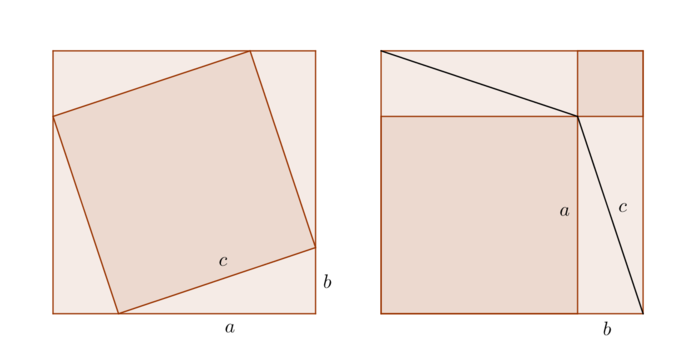 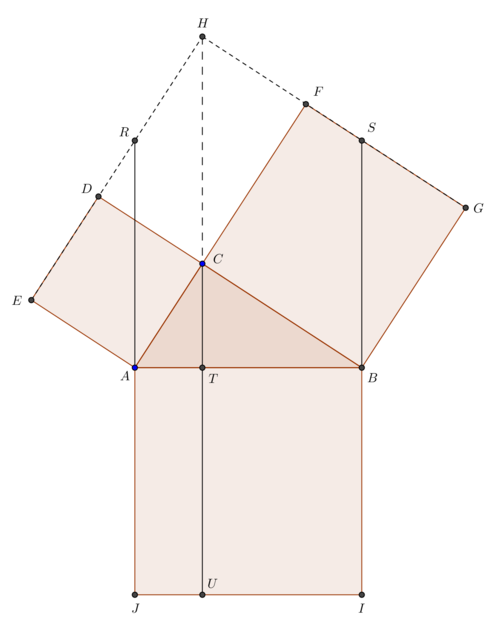 Hence the result follows directly from Pythagoras's Theorem for Parallelograms. 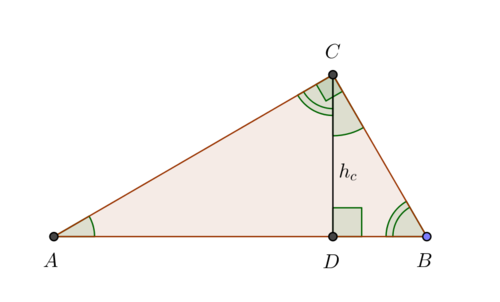 Let $\triangle ABC$ be a right triangle and $h_c$ the altitude from $c$.

Use the fact that if $\triangle XYZ \sim \triangle X'Y'Z'$ then:

where $\paren {XYZ}$ denotes the area of $\triangle XYZ$.

Taking the sum of these two equalities we obtain:

We start with the algebraic definitions for sine and cosine:

Then from the Equivalence of Definitions of Sine and Cosine, we can use the geometric interpretation of sine and cosine: 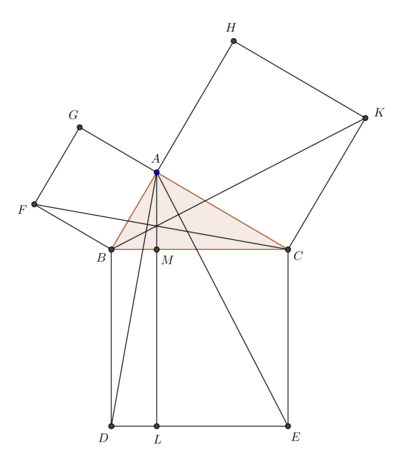 Let $ABC$ be a right triangle whose angle $BAC$ is a right angle.

Since $\angle BAC$ and $\angle BAG$ are both right angles, from Two Angles making Two Right Angles make Straight Line it follows that $CA$ is in a straight line with $AG$.

For the same reason $BA$ is in a straight line with $AH$.

We have that $\angle DBC = \angle FBA$, because both are right angles.

We have that the parallelogram $BDLM$ is on the same base $BD$ and between the same parallels $BD$ and $AL$ as the triangle $\triangle ABD$.

So, by Parallelogram on Same Base as Triangle has Twice its Area, the parallelogram $BDLM$ is twice the area of $\triangle ABD$.

Similarly, we have that the parallelogram $ABFG$ (which happens also to be a square) is on the same base $FB$ and between the same parallels $FB$ and $GC$ as the triangle $\triangle FBC$.

So, by Parallelogram on Same Base as Triangle has Twice its Area, the parallelogram $ABFG$ is twice the area of $\triangle FBC$.

Pythagoras's Theorem was known to the Pythagoreans as the Theorem of the Bride, from its numerological significance.

To the ancient Chinese it was called the Gougu theorem.

This entry was named for Pythagoras of Samos.

Pythagoras's Theorem, or at least certain specific instances of it, was known to the ancient Egyptians, and it may date back further than that.

Little is actually known about Pythagoras himself, and it is uncertain whether he actually proved it or not.

Some traditional sources suggest that when he discovered this theorem, he was so delighted he sacrificed an ox to the gods in thanksgiving. However, given his philosophical outlook, this is vanishingly unlikely.

Once upon a time there were three ladies of the First Peoples of America sitting around the campfire.

On a reindeer skin sat a lady who was the mother of a fine young warrior who weighed $140$ pounds.

On a buffalo skin sat a lady who was the mother of a fine young warrior who weighed $160$ pounds.

The third lady, as well she might, was sitting on the skin of a hippopotamus, as she herself weighed a mighty $300$ pounds.

As you can see:

The squaw on the hippopotamus is equal to the sons of the squaws on the other two hides.