Consider the parabolic segment bounded by an arbitrary chord $AB$.

Then the area $S$ of the parabolic segment $ABC$ of $T$ is given by:

Without loss of generality, consider the parabola $y = a x^2$. 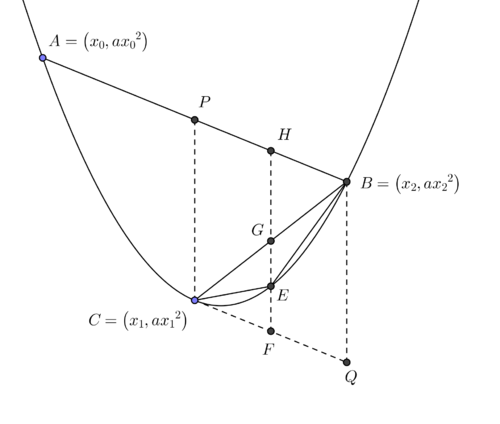 The slope of the tangent at $C$ is given by using:

which is parallel to $AB$.

Also, find $E$ which is the point where the tangent to $T$ is parallel to $BC$.

By the same reasoning, the vertical line through $E$ is a bisector of $BC$, and so it also bisects $BP$ at $H$.

At the same time:

and because $CB$ is the diagonal of a parallelogram: 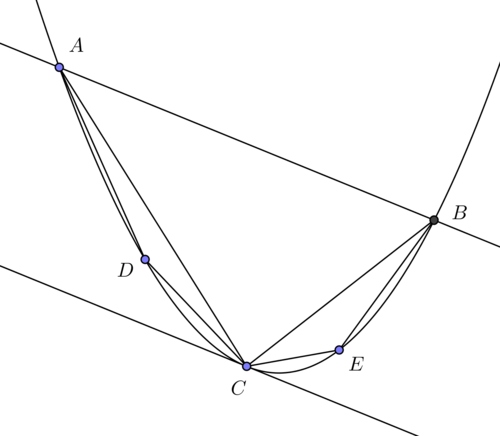 so it can be seen that:

Similarly, we can create four more triangles underneath $\triangle ADC$ and $\triangle CEB$ which are $\dfrac 1 4$ the area of those combined, or $\dfrac 1 {4^2} \triangle ABC$.

This process can continue indefinitely.

But from Sum of Geometric Sequence it follows that:

The quadrature of a parabola was first given by Archimedes in his book On the Quadrature of the Parabola.

His proof was the same as the one documented here, except that he used a different technique to prove: