Lesson $2 \text B$: The Meaning of the Term Function of One Independent Variable 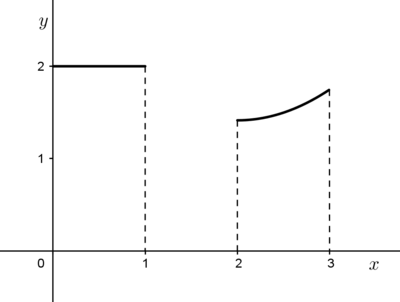 The shape of the second part of the graph is incorrect.

It has been depicted as a convex function, in shape more like a square function than a square root.

The square root is a concave function.

The actual shape of the function in question can be found in the depiction of this arbitrary function.