From ProofWiki
< 6
Jump to navigation Jump to search

The number $6$ was associated by the Pythagoreans with health.

It was also, like $5$, associated with marriage, as it is the product of $2$, the first female number, and $3$, the first male number.

It also stood for equilibrium, its symbol being two triangles placed base to base: 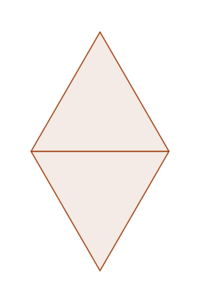 The number $6$ was also believed by the Pythagoreans to be perfect, as it was the sum of:

Six is a perfect number in itself ... God created all things in six days because this number is perfect. And it would remain perfect, even if the work of six days did not exist.

-- as reported by Ludwig Bieler