A loop-graph is a graph which allows an edge to start and end at the same vertex: 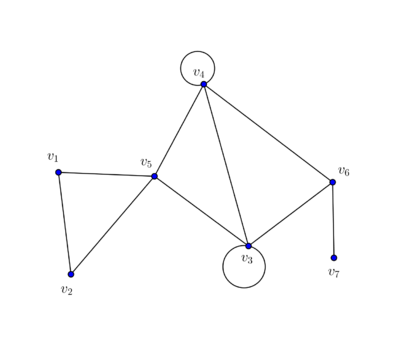 Such an edge is called a loop.

Although a loop is incident to only one vertex, when measuring the degree of such a vertex, the loop is counted twice.

Thus, vertices $C$ and $D$ above have degree $5$, despite there being only four individual edges incident to those vertices.

Thus it can be seen that a loop-graph is a simple graph with the stipulation that the relation $E$ does not need to be antireflexive.

A loop-digraph is a directed graph which allows an arc to start and end at the same vertex: 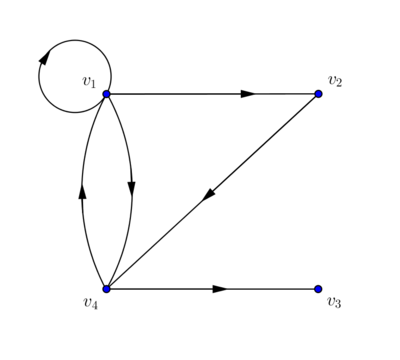 A loop-network (directed or undirected) is a loop-graph together with a mapping which maps the edge set into the set $\R$ of real numbers.

That is, it is a network which may have loops.

A loop-multigraph is a multigraph which is allowed to have loops:

Some presentations of this subject omit the hyphen and call this a loop graph.

However, the precise definition of the latter term varies in the literature, and its precise meaning can be misunderstood. Its use is therefore not recommended.