Some things about me:

The Language of Mathematics

It's easy to shy away from Mathematics at a young age. I feel like this is because learning Mathematics means, first of all, learning a language. However, while in elementary school we understand that we are learning our mother tongue or English during the respective lessons, we are never told that we need to learn a language in Mathematics. This results in kids (and their parents, sadly) regarding Mathematics as an arcane mesh of symbols that together produce weird magics with numbers. 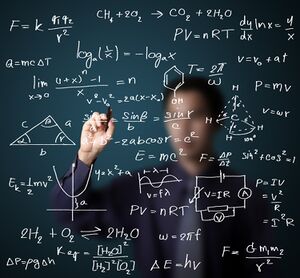 Here, I want to dig into Mathematics without assuming anything from the reader. This is going to be quite a journey, but if you follow through, I promise you that you'll realize just how easy it is to learn Maths. I will try to use as few numbers as possible, and reclude them to examples only. This is because, as I said, Mathematics is a language, but it is also a set of concepts that need to be understood abstractly. While numbers help bringing abstraction down to more concrete examples, I feel that many people nurtured a hate for numbers at a very young age.

If you look at anything math-like, you'll notice a lot of Greek letters, scribbles and symbols running all over the page. You might wonder:

I will try to answer these three questions as best as I can.

Why do we use symbols?

If you've ever befriended a Mathematician, you'll notice that there is often a very distinctive personality trait that we all share (I can assure you, it is not just a stereotype!): we are lazy.

Actually, lazy is not really the correct term. I think the correct term is that we hate "repetition", or more generally, we hate to do things that could be avoided. Personally, I feel that this personality trait was extremely common among many of my University course mates. When you think about Mathematics, you need to think about a discipline that has been built by people who hate to do more than necessary, to repeat themselves. What is more succinct: a set of symbols where each symbol identifies a whole concept, or a language such as English where repetitions happen every few words?

Another reason is that by using a language, Mathematics can be understood everywhere in the world. This allows knowledge sharing to be much quicker because everyone in the world will need to learn the same set of symbols.

To summarize, Mathematicians use symbols because:

A quote about lazy mathematicians

Why are symbols so different from everyday language?

I partially answered this above, but I think this is an important point. In everyday language we use a lot of words and phrases whose only purpose is to "fill in" the blank while we think about the substance of what we are saying. Also, everyday language evolves through time based on the current culture trends, technology trends and migration cycles. Because of this, and because of the regional, national and international variations of it, a single language such as English could have different interpretations based on whether who is speaking is British, American, Canadian, Australian, whether the person learned english as a second language and so on.

In summary, everyday language has the following flaws:

I'm sure you can agree that you would not want the bridge you're crossing to collapse because of an "error of interpretation" in the calculations. Mathematics needs to be highly precise. In order for things to work properly, the language of mathematics should not allow room for any interpretation.

How will I ever learn all these symbols?

A terrible mistake that math-haters make is thinking that either you understand mathematics or you don't. That either you understand all those symbols and what they mean, or you're doomed. The truth is actually quite different. Learning Mathematics is like learning a language, and as such, it takes a lot of practice to pick up enough mathematics to "keep a simple conversation going". After that, you can build new knowledge on top of old knowledge much more efficiently.

So how do you go about learning the symbols? Don't worry about it for now, but here I will always explain new symbols in details, without giving anything for granted.

A bit of Logic

Some symbols that we will continually encounter will be "logic" symbols. What do I mean by that? Logic symbols are those symbols that allow us to talk about some of the most abstract concepts, and yet, some of the concepts you will be most familiar with. 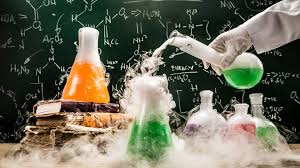 Suppose that we run an experiment, a procedure of some kind that will not have a pre-determined result. Examples of an experiment could be

Any action that involves uncertainty in the process, so that the result(s) cannot be pre-determined, that action can be regarded as an experiment. In Mathematics, we usually denote an experiment with the symbol $\mathcal{E}$ which is a fancy capital "e", standing for "experiment".

Set of all outcomes