And in any parallelogrammic area let any one whatever of the parallelograms about its diameter with the two complements be called a gnomon. 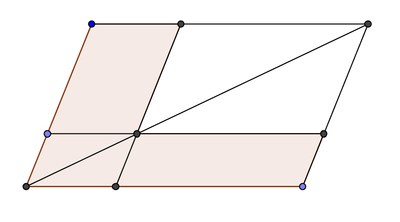 The word gnomon is a Greek one, generally meaning marker or indicator (literally: a thing that enables something to be known), and specifically meaning the piece of a sundial that casts the shadow.

The words gnostic and agnostic come from the same root.

The word is nowadays rarely (if ever) encountered outside the works of Euclid; specifically, The Elements.