From ProofWiki
< Complex Addition/Examples
Jump to navigation Jump to search

Assuming the curvature of Earth to be negligible at this scale, at the end of this travel, the plane is $490$ kilometres in a direction $28.7 \degrees$ north of east from its starting point.

Let the route of the traveller be embedded in the complex plane. 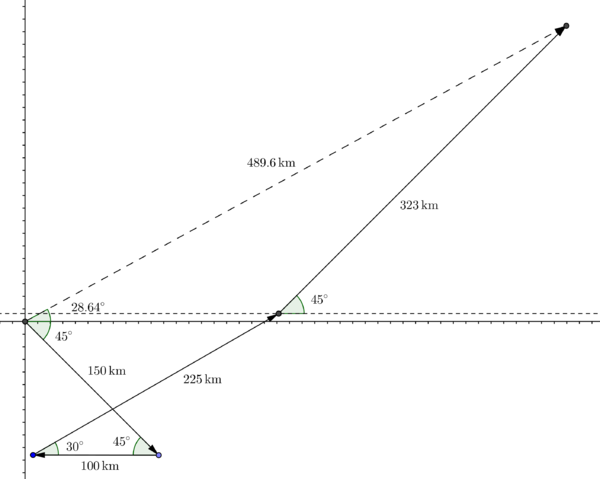 Let $P$ be the final location of the traveller.

The given directions can be translated into absolute arguments thus:

Southeast is $45 \degrees$ south of east, and therefore an argument of $315 \degrees$

Thus the problem reduces to finding the sum:

By plotting the points in a graphics package, or on paper with a ruler and protractor: