From ProofWiki
(Redirected from Definition:Weighted Graph)
Jump to navigation Jump to search

A general network can be denoted $N = \struct {V, E, w}$ where the elements are understood to be expressed in the order: vertex set, edge set, weight function.

The values of the elements of $E$ under $w$ are known as the weights of the edges of $N$.

The weights of a network $N$ can be depicted by writing the appropriate numbers next to the edges of the underlying graph of $N$.

A directed network is a network whose underlying graph is a digraph: 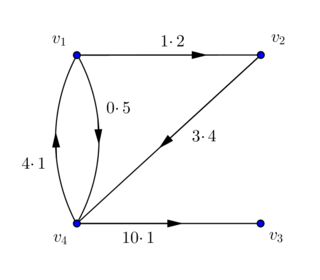 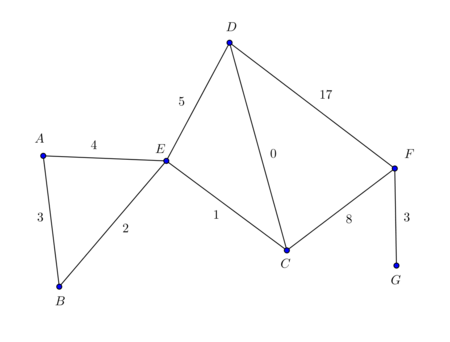 A loop-network (directed or undirected) is a loop-graph together with a mapping which maps the edge set into the set $\R$ of real numbers.

That is, it is a network which may have loops.

Whether network or weighted graph is used usually depends on the particular application of network theory or graph theory under discussion.

This page has been identified as a candidate for refactoring. In particular:
Extract the content of these into the as yet uncreated pages whose links have been provided, leaving just the links to those pages