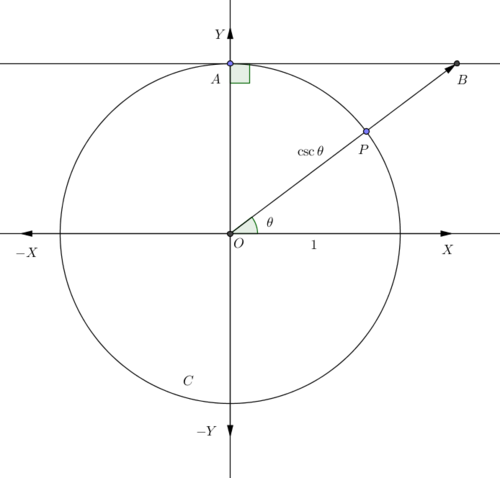 Then the cosecant of $\theta$ is defined as the length of $OB$.

The real function $\csc x$ is defined as:

The complex function $\csc z$ is defined as:

can often be seen written as:

Like secant, the word cosecant comes from the Latin secantus: that which is cutting, the present participle of secare: to cut.

The co- prefix, as with similar trigonometric functions, is a reference to complementary angle: see Cosecant of Complement equals Secant.

It is pronounced with an equal emphasis on both the first and second syllables: co-see-kant.