This article/section needs proofreading. Please check it for mathematical errors.
If you are fairly certain that there are none, please remove {{proofread}} from the code. 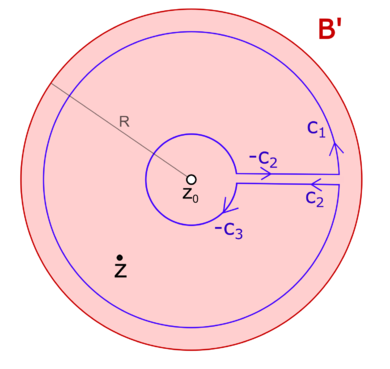 This curve and its interior are contained in $B'$, so by Cauchy's Integral Formula:

Combining what has been shown above yields: