An inscribed angle is equal to half the angle that is subtended by that arc. 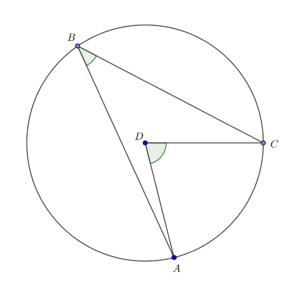 Thus, in the figure above: 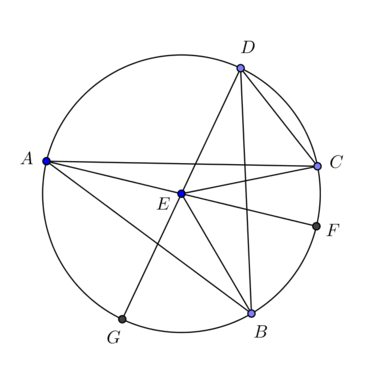 Let these angles have the same arc $BC$ at their base.

Let $AE$ be joined and drawn through to $F$.

Since $EA = EB$, then from Isosceles Triangle has Two Equal Angles we have that $\angle EBA = \angle EAB$.

But from Sum of Angles of Triangle equals Two Right Angles we have that $\angle BEF = \angle EBA + \angle EAB$.

Now consider the point $D$, from which we have another angle $\angle BDC$.

Therefore $\angle BEC$ which remains is equal to $2 \angle BDC$.

Consider the simplest case that occurs when $AC$ is a diameter of the circle: 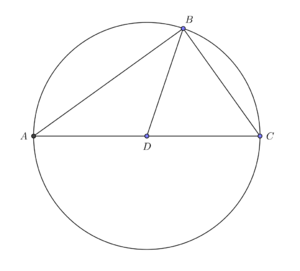 Because all lines radiating from $D$ to the circumference are radii and thus equal:

Hence the triangles $\triangle ADB$ and $\triangle BDC$ are isosceles.

From Sum of Angles of Triangle equals Two Right Angles:

By similar reasoning $\angle DAB$ is the complement of $\angle DCB$.

That proves the theorem for this case.

The general case is illustrated below. 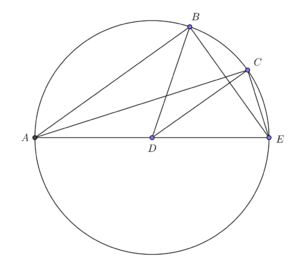 By the previous logic:

Subtracting the latter from the former equation obtains the general result.