Perpendicular Distance from Straight Line in Plane to Point/Normal Form

Let $\LL$ be a straight line in the Cartesian plane.

Let $P$ be a point in the cartesian plane whose coordinates are given by:

Then the perpendicular distance $d$ from $P$ to $\LL$ is given by:

First suppose that $P$ is on the opposite side of $\LL$ from the origin $O$.

Let $N$ be the point of intersection between $\LL$ and the perpendicular through $O$. 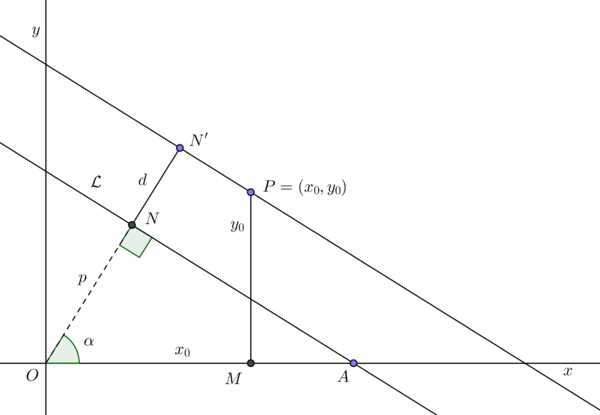