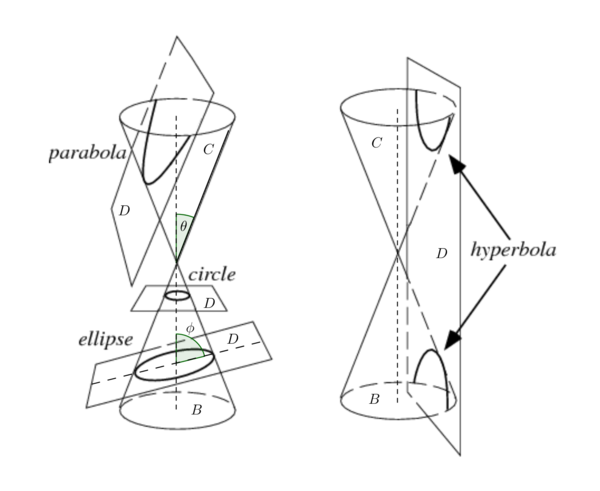 Let $C$ be a double napped right circular cone whose base is $B$.

Let $K$ be the set of points which forms the intersection of $C$ with $D$.

Then $K$ is a conic section, whose nature depends on $\phi$. 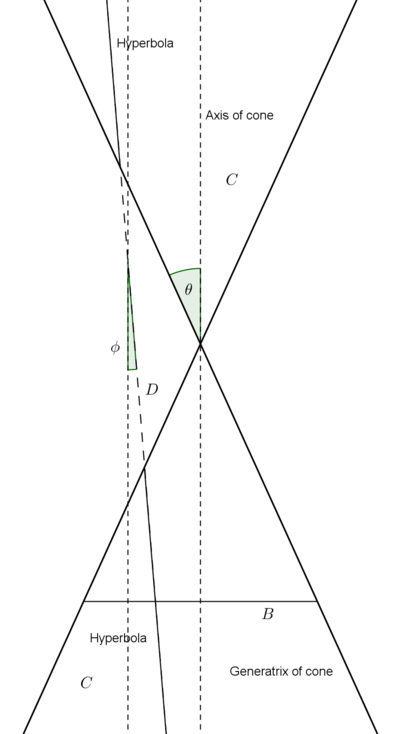 Note that in this case $D$ intersects $C$ in two places: one for each nappe of $C$. 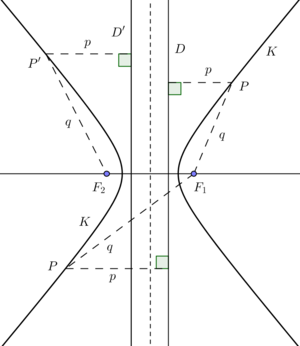 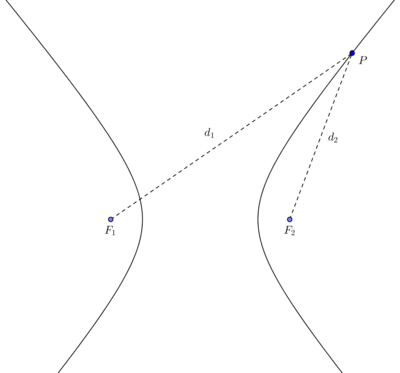 Let $K$ be the locus of points $P$ which are subject to the condition: 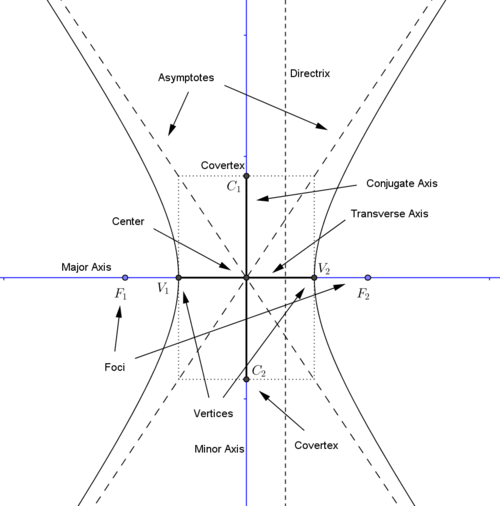 The major axis of $K$ is the straight line passing through both of the foci of $K$.

Each of the points where $K$ intersects the major axis of $K$ is known as a vertex of $K$.

The transverse axis of $K$ is the line segment joining the vertices of $K$.

The minor axis of $K$ is the perpendicular bisector of the transverse axis of $K$.

The center of $K$ is the point where the major axis and minor axis of $K$ cross.

By definition of the major axis and minor axis, this is the point midway between the foci.

The asymptotes of $K$ are the two straight lines which cross at the center of $K$ such that the distance between $K$ and those lines approaches zero as they tend to infinity.

Let $PQ$ and $RS$ be line segments constructed through the vertices of $K$ parallel to the minor axis of $K$ and intersecting the asymptotes of $K$ at $P$, $Q$, $R$ and $S$ as above.

Each of the endpoints of the conjugate axis of $K$ is known as a covertex of $K$.

Each of the two curved lines that form the hyperbola itself are referred to as its branches.

Let $K$ be a hyperbola embedded in a cartesian plane.

$K$ is in reduced form if and only if: 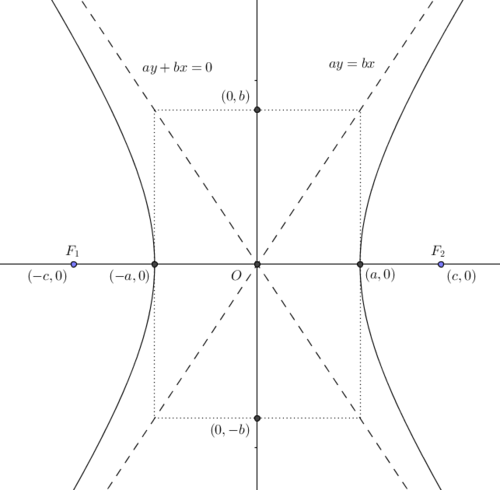 Some sources suggest that the word hyperbola was provided by Apollonius of Perga, who did considerable work on establishing its properties.

However, it is also believed that Menaechmus may have used the term, and that it may go back even further than that.

The word hyperbola is pronounced with the stress on the second syllable: hy-per-bo-la.

The plural of hyperbola is properly hyperbolae, but this is considered pedantic, and the usual plural form found is hyperbolas.

The form hyperbolas is used on $\mathsf{Pr} \infty \mathsf{fWiki}$.