Let $K$ be an ellipse aligned in a cartesian plane in reduced form. 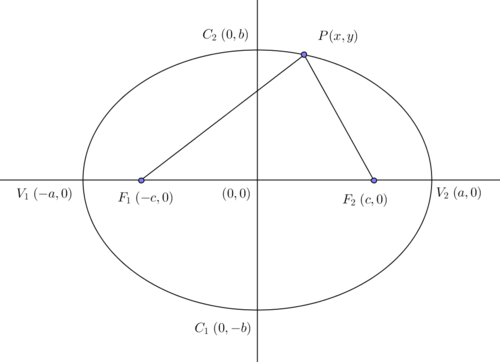 From the equidistance property of $K$ we have that:

where $d$ is a constant for this particular ellipse.

Also, from Focus of Ellipse from Major and Minor Axis: 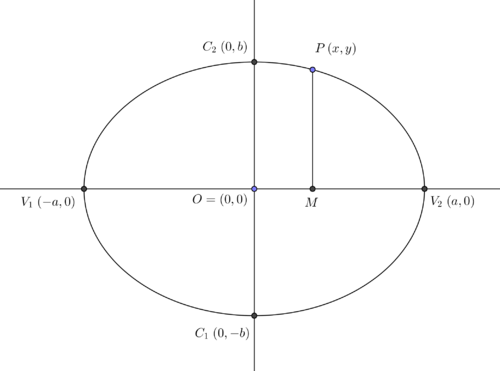 Let $P$ be an arbitrary point in the plane.

for some constant $k$.