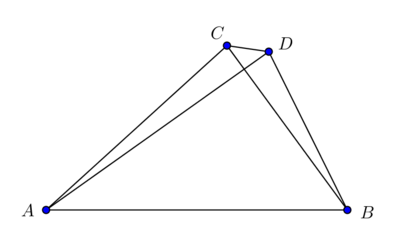 Suppose, with a view to obtaining a contradiction, $C$ and $D$ are different points.

Therefore $\angle CDB$ is much greater than $\angle DCB$.

But it was proved much greater than it.

From this contradiction it follows that $C$ and $D$ can not be different points.

This proof is Proposition $7$ of Book $\text{I}$ of Euclid's The Elements.