An element $e \in S$ is called an identity (element) if and only if it is both a left identity and a right identity:

In Identity is Unique it is established that an identity element, if it exists, is unique within $\struct {S, \circ}$.

Thus it is justified to refer to it as the identity (of a given algebraic structure).

This identity is often denoted $e_S$, or $e$ if it is clearly understood what structure is being discussed.

Other terms which are seen that mean the same as identity are:

The symbols used for an identity element are often found to include $0$ and $1$. In the context of the general algebraic structure, these are not recommended, as this can cause confusion.

Some sources use $I$ for the identity.

Consider the symmetry group of the square: 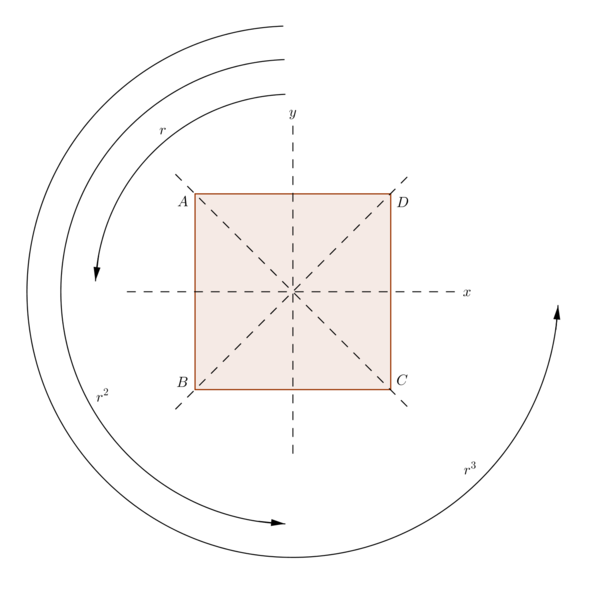 The various symmetry mappings of $\SS$ are:

This center is known as the symmetry group of the square.

The mapping $e$ which leaves $\SS$ unchanged is the identity element.