Kepler's first law of planetary motion is one of the three physical laws of celestial mechanics deduced by Johannes Kepler:

Planets move around the sun in elliptical orbits, with the sun at one focus.

Let $\mathbf F$ be expressed as:

Let $\mathbf r$ be the radius vector from the origin to $p$.

From Motion of Particle in Polar Coordinates, the second order ordinary differential equations governing the motion of $m$ under the force $\mathbf F$ are:

By Newton's Law of Universal Gravitation, $\mathbf F$ is a central force of value:

$G$ is the gravitational constant
$M$ and $m$ are the masses of the bodies
the minus sign indicates that the central force is in the opposite direction to that of the radius vector $\mathbf r$. 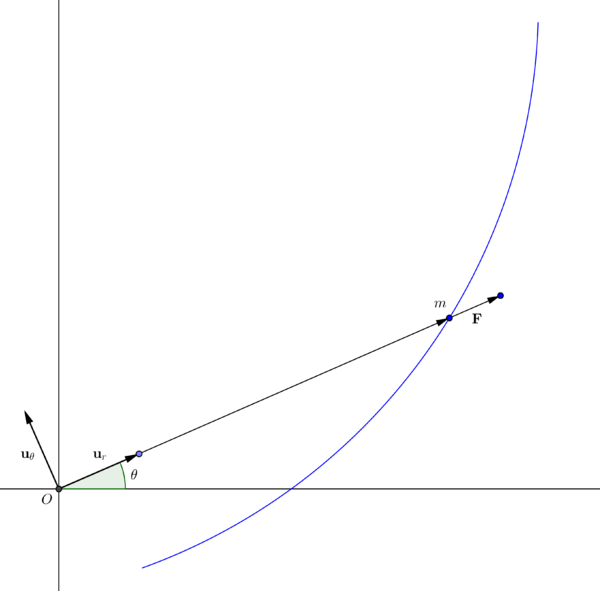 As $G$ and $M$ are both constants, so we can express this as:

Without loss of generality, we shift the polar axis so as to make $r$ a minimum when $\theta = 0$.

From Derivative at Maximum or Minimum:

This can be expressed as:

From Equation of Conic Section in Polar Form, $(7)$ is the equation of a conic section with one focus at the origin.

As the planets remain in the solar system it follows that their orbits are stable and elliptical.